With a fascinating history spanning centuries, the good men of Freemasonry have made rich cultural contributions.

All over the world, and here in Victoria, Freemasons continue to build on their legacy of self-development and contributing to the community.

The first Grand Lodge, the Grand Lodge of England, was founded on 24 June 1717 when four London Lodges met for a joint dinner, proclaiming themselves pre-eminent and assuming regulatory control over Freemasonry in England.

In the meantime, the popularity of Freemasonry was spreading internationally. Grand Lodges were formed in Ireland in 1725 and Scotland in 1736. By the 1730s Freemasonry had also been exported to the British Colonies in North America and after the American Revolution, Grand Lodges began to form in each of the American states.

The Origins of Freemasonry

The precise origins of Freemasonry are unknown.

While theories abound, the most widely held belief is that modern Freemasonry evolved out of stonemasons' guilds in 17th century England. One of many professional guilds at the time, the stonemasons' guild began to admit members not directly involved in the masonry trade, but whose moral and spiritual ideals were aligned with that of the guild. There are several union and trade organisations today that have grown in a similar manner, which gives this theory credence.

In the 1890s, a hoax was perpetrated by a French journalist, going by the pseudonym Leo Taxil. He published a series of pamphlets and books that made various wild allegations about the Freemasons, full of conspiracy theories and claims of devil worship. On the 19 April 1897, Taxil revealed the hoax (one of a series he had conducted). Records say he was attacked by his audience and needed to be rescued by police – but despite being disavowed and revealed as fiction by the author himself, his works are often the foundation of anti-Masonic claims to this day. The Freemasons suffered persecution under the Nazi regime.

On 8 January 1934, the German Ministry of the Interior under Adolf Hitler ordered the complete dismantling of Freemasonry, the destruction of Masonic Lodges and the incarceration of Freemasons in concentration camps. Freemasons were forced to wear an inverted Red Triangle to identify themselves as political prisoners. It is estimated that between 80,000 and 200,000 Freemasons were murdered.

The end of the Second World War saw a resurgence of interest in Freemasonry, and membership boomed as men looked to maintain a sense of belonging and comradeship. The ideals of mateship, self-improvement, moral action and service to the community found an easy match in the practices of Freemasonry.

There have been many works of fiction that are inspired by Freemasonry, from the Da Vinci Code by Dan Brown to video games like Assassins Creed. Each fictional work creates more interest in the Masons, but can also perpetrate myths and falsehoods, as they tend to concentrate on the fanciful conspiracy theories that have been around almost as long as Freemasonry itself. We enjoy a good story as much as anyone, but we prefer people come and learn the truth for themselves.

Freemasonry has been in Australia since the arrival of the First Fleet which landed in Botany Bay, NSW in 1788. Officers and military men who came from England as the first settlers of our country established military Lodges that were granted travelling warrants, with the first Lodge being established as The Australian Social Lodge No. 260IC, which held its first meeting on 4 January 1820 in Sydney.

We are proud of our significant contributions to Victorian history. Freemasonry in Australia truly began when 21 influential men drew up a petition on 23 December 1839 to form a Masonic Lodge, to be called the Lodge of Australia Felix. Previously, Freemasonry was governed primarily by three constitutions, coming from the English, Scottish and Irish settlers to Australia.

Freemasonry has been here since the First Fleet and has played a pivotal role in the growth and establishment of our state. The Foundation Stones of some of the most prominent and culturally significant buildings in Melbourne and beyond were placed by prominent Freemasons – the Melbourne Court House, Melbourne Hospital, the Princes Bridge and many more. 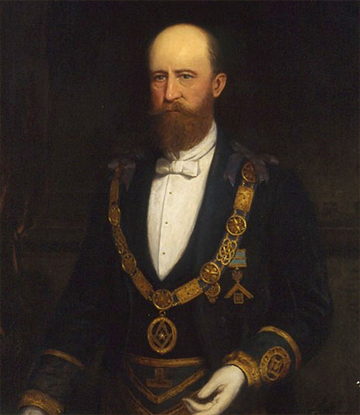 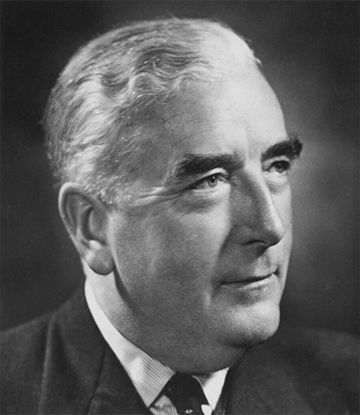 Freemasonry focuses on personal development and community contributions, so it is no surprise that many of our most influential and notable citizens past and present are Masons. A history of Victoria's most prominent men is also, often, a history of prominent Masons. Among these are George Brunswick Smythe, namesake of Brunswick Street, and instigator of modern Freemasonry in Victoria, and William Meek, founding Secretary of the Melbourne Club, along with George Selth Coppin who was instrumental in the birth of the Melbourne Hospital and the Royal Freemasons Homes just to name three examples.

Masons have also made their contributions in other areas too, even the sporting arena – Sir William Clarke, first Grand Master of the United Grand Lodge of Victoria was the man who is responsible for the cricket Ashes. In 1884, after visiting England and watching the Australian cricket team beat England for the first time, Sir William invited the entire English team to his residence in Sunbury. He proceeded to burn the bails from a stump and place them in a special ceramic urn which he then presented to the English team to mark the defeat, and so the Ashes were born. For over 125 years Freemasons in Victoria continue to play instrumental roles in the development of our state.

The Library & Museum team are always pleased to help visitors with enquiries regarding identification. For more, please contact our office. 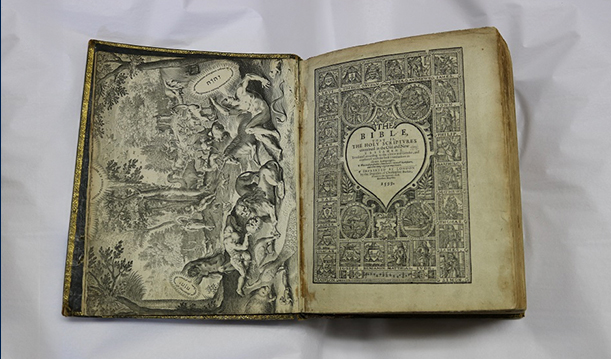 In addition to the Museum there is also an extensive Library that contains many modern, rare and out of print works regarding Freemasonry and related topics. It maintains complete collections of leading regular publications including the transactions of Quatuor Coronati, the world's premier Lodge of research, as well as those of the Victorian Lodge of Research and other Masonic journals. Services include the loan of books and answering enquiries on Masonic history, symbolism and society.

The Library & Museum are open to members of the general public for the purposes of research at the discretion of library staff.